AUDIOVISUAL PROJECT IN THE PORT OF BARCELONA
PrevNext

AUDIOVISUAL PROJECT IN THE PORT OF BARCELONA

The Port of Barcelona tendered the supply and installation of a Videowall of LED screens for the Control Center of the Port Authority. After winning the public competition, Ruybesa began with the replacement of the old Videowall de cubes located on a wall in whose back room was the CPD. All the disassembly work was expected to be very laborious and the design of the new structure should be made in such a way that the screen would be coupled to the existing gap and finished with a frame.
The monitors to be used would be LEDs ready to work in conditions operating 24 hours a day, 7 days a week. In addition, system of a new controller and management software of Videowall.

Much more than a substitution
Much more than a substitution the entire Videowall structure was designed so that the assembly as soon as possible, maintenance and fi t into the available space between the wall and rear CPD room.
Before the assembly, a pilot test was carried out in which it was verifi ed that the Controller, Management software, existing applications, Servers, Networking, Configurations and the viewing of cameras worked as the client required.
Training days were then given for the new system so that the know it and learn how it works.
In short, it provided a new Videowall with a picture quality far superior to the existing one, incorporating a control system that allowed its use as a desk. 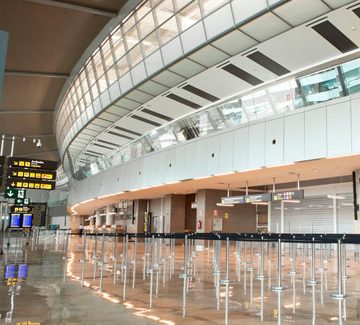 DIGITAL PUBLIC ADDRESS SYSTEM AT VALENCIA AIRPORT (AENA) Ruybesa was awarded this competition with a solution for the obsolete terminal T1, based on equipment of LDA (digital amplifiers, matrices-processors, loudspeakers and microphones), as well as the integration through the application of SIME software. All the installation, adjustments and migration to the new system had to [...] 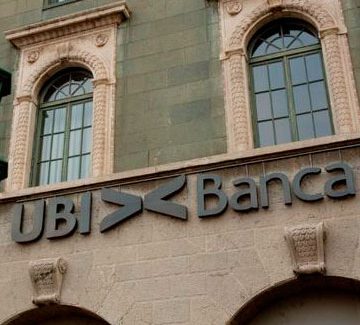 ELECTRICAL CONTROL SYSTEM FOR UBI BANCA The Electrical control system has the following functionalities: Control and supervision of the motorized circuit-breakers of the General Low Voltage Panel. The system allows the programmed action by planning schedules and calendars of the C.G.B.T. monitored switches, as well as the command by user. It also oversees the status [...] 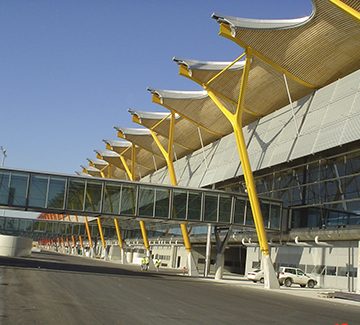 DIGITAL & EMERGENCY PUBLIC ADDRESS SYSTEMS AT MADRID´S ADOLFO SUÁREZ AIRPORT The project was to bring digital public address to parking lots P2 and P4 and Terminal 4 access roads and to replace the analogue public address systems in Terminals 1, 2 and 3 with digital equipment distributed via wire centres. At the same time, [...]

LATEST AUDIOVISUALTECHNOLOGY IN THE CPD OF BANCO SANTANDER IN CANTABRIA 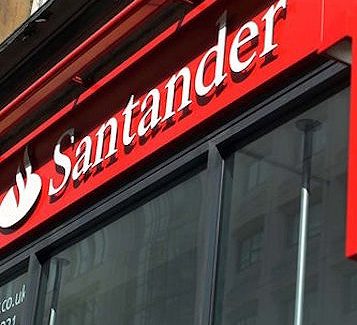 A/V CONTROL IN BANCO SANTANDER ‘BANCA SELECT’ BRANCHES At the request of the client, preliminary research was carried out to identify needs for the new network of Banco Santander España branches as implementation of the Banca Select Project, divided into two different parts: Control of the audiovisual equipment for Select branches from any device with [...]